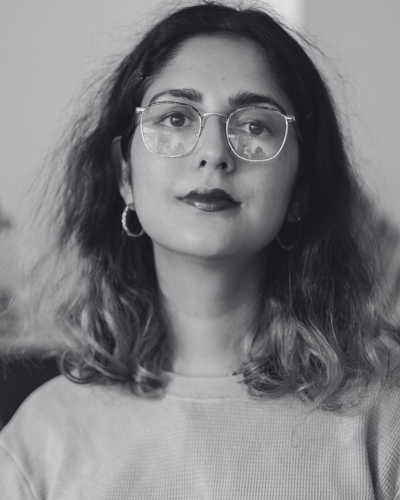 Tara Joshi is a British-Indian writer and editor (and occasional broadcaster) currently based in London, UK.

Her work spans music, culture, politics, history and identity, and has appeared in the Guardian and Observer, the New York Times, the Financial Times, Vogue, Teen Vogue, the Fader, Crack, Trench, VICE, Complex UK, Rolling Stone UK, Dazed, Clash, Mixmag, DJ Mag, the Independent, Notion and more. She was the former hip-hop and R&B columnist for the Quietus, and worked as the music editor at gal-dem, a magazine that centres the experiences of people of colour from marginalised genders, from 2018 to 2022.

Alongside Dhruva Balram, she is the co-editor and an author for the upcoming essay anthology Haramacy, produced in collaboration with Zahed Sultan and set to be published on Unbound in May 2022.

Broadcast work has included appearances on BBC Radio 1Xtra, Radio 4, Asian Network, Channel Five News and Foundation.FM, as well as co-hosting the pop culture podcast Twenty Twenty with her friend, Simran Hans. She also sometimes hosts (or participates in) roundtables and talks, and is currently on the voting panels for the BRIT Awards and the BBC Sound poll. She has previously helped judge the Fred Perry x Nicholas Daley Music Grant, the British Podcasting Awards, the Glastonbury Emerging Talent Competition, the Association of Independent Music awards and more.

She also does commercial work, producing editorial content for the likes of WePresent and Guardian Labs. She has written artist biographies for the likes of Aitch, Kojey Radical, BXKS, Metronomy and others.

Tara was born in India, grew up on the Isle of Wight and did a history degree in Ireland.