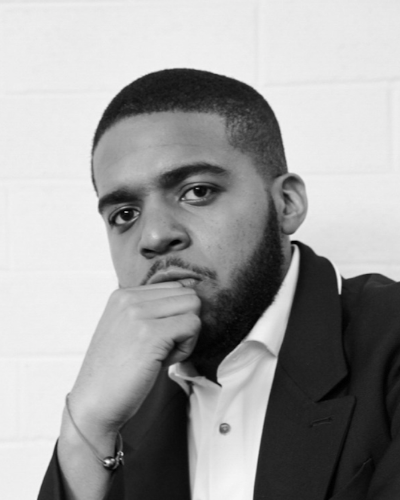 CJ Wallace is an entrepreneur, actor, musician, and founder of Think BIG, a social movement and company that challenges humankind to discover how the cannabis and hemp plants can be used as tools for creativity, contemplation, and healing.

CJ started Think BIG as part of his search to understand his responsibility to the legacy of his late father, Christopher George Latore Wallace, also known as The Notorious B.I.G. CJ began a personal mission to understand who his father was—not as a legend, but as a man—and discover the connections they share. Through conversations with his father’s family members and friends, CJ learned that his dad had used cannabis as a tool to unlock creativity and his signature flow.

As an artist and writer, CJ himself had intuitively used cannabis to access his artistry. He also saw firsthand how this healing plant helped his little brother, Ryder, in his struggle with autism and his grandmother in her fight against breast cancer. Think BIG was born out of CJ’s interest in the potential of cannabis to empower, heal, and inspire.

In addition to his work on Think BIG, CJ is an accomplished actor and artist. In 2009, CJ portrayed his father in the film Notorious. He also worked alongside Will Ferrell in the 2010 comedy Everything Must Go and starred in the 2016 film Kicks. Additionally, he appeared in She’s Missing starring Eiza González and Lucy Fry which premiered at the 2019 Dublin International Film Festival.