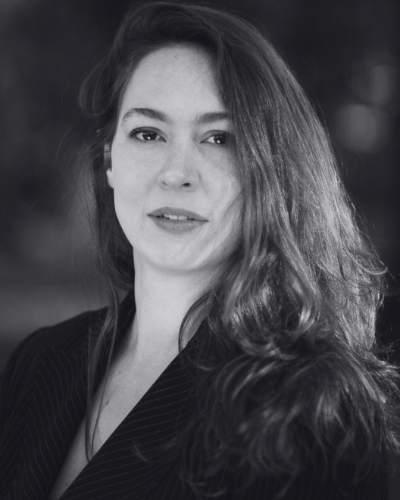 Zoe Cormier is an author, journalist, science writer, broadcaster and public speaker with an academic training in zoology coupled with an upbringing in the music industry.

Some think of her as a specialist – both from life experience as well as rigorous academic research – in the science of sex, drugs and music. She devoted her first book to this unholy trinity: Sex, Drugs and Rock n’ Roll: The Science of Hedonism and the Hedonism of Science, published by Profile Books in 2014, hand-picked by The Guardian as a “must-read science book”, and ranked as the 7th best book of 2014 by legendary record shop Rough Trade.

Sex, Drugs and Rock n’ Roll: The Science of Hedonism and the Hedonism of Science was released in 2014 in the UK, by Da Capo in America and Canada in 2015, and in 2016 in Spain, Sweden, and beyond.

Her journalism has featured in Rolling Stone, The Times, Wired, Nature, New Scientist, The Guardian, The Globe and Mail, BBC Focus and many other publications.

She has been shortlisted twice for the Canadian National Magazine Awards: first with a 2005 cover story on vaginal plastic surgery for Shameless, and for a 2006 feature for This Magazine on climate change spin doctoring. She was a columnist, compiling a digest of environmental news and trends for The Globe and Mail – Canada’s largest national newspaper – twice monthly between 2007 and 2009.

She holds an Honours B.Sc. in zoology from the University of Toronto, which she received with high distinction in 2005. Thesis: How frogs communicate to each other with low frequency vocalisations.

Born and raised in the east end of Toronto, in between Chinatown and Indiatown, Zoe now lives in Clerkenwell, London. And plans to never – ever – leave.