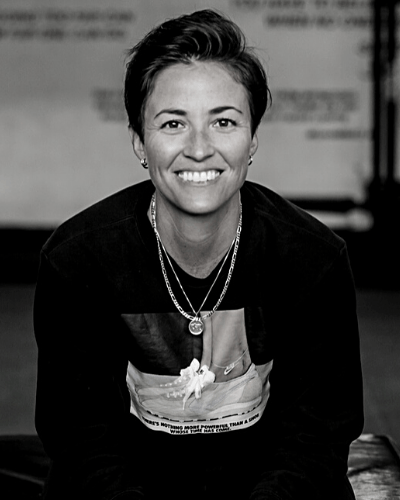 Rachael won a NCAA national championship with the University of Portland in 2005, played pro soccer in Europe in 2010, and eventually retired to pursue her passion in the health and fitness industry.

Leveraging her MS in Health & Exercise, Rachael went on to build Rapinoe SC–a top soccer performance training company & lifestyle apparel brand. Training thousands of players across the U.S., from youth to the professional level, Rachael’s robust and trusted training brand has made her highly sought after.

After successfully running Rapinoe SC for 5 years, she cofounded Mendi in 2019 and stepped in as the team’s CEO. She continues apply her expertise in training, competition and recovery with Mendi in an effort to better understand the role recovery has in performance and the human body. With her network of influential athletes and passion for competing, Rachael shapes Mendi’s products to meet the relevant demand in sports.